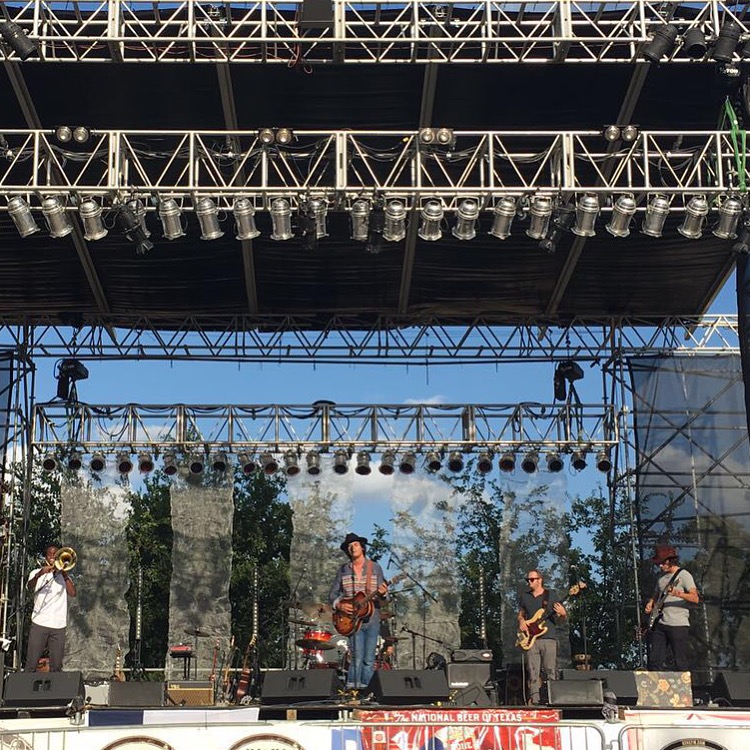 The Black Crowes is one of my favorite bands ever, and I’ve seen them live several times but never had the chance to see them live when Marc Ford was in the band lineup. I’m a big fan of his guitar playing and I have all his solo albums. He came to town last October 2014, to play the last show for the tour he did with his son Elijah Ford as as opening act. So, I finally had the opportunity to see him live, and with no doubt I got the tickets.

Couple of days before the show, while I was checking local stuff and hashtags on twitter, this music video of a tune called “This Town” came up in my timeline. It was a tune by a local Mexican American singer-songwriter called Julian Acosta. The video was really good and the tune even better, so I replied Julian saying the song was good and that I really enjoyed the video. He never got back to me.

The day of Marc Ford’s show I went to get a beer before he started playing. A random guy nodded his head to me and said, “Hey man!”, to which I responded back. I kept walking, wondering why this guy looked so familiar, and suddenly I remembered he was the guy from the video. I went back to introduce myself, and we exchanged contacts. A few days later he called inviting me to jam. Couple of weeks later we were playing “This Town” in a couple of shows with Julian at the Empire and Garage Control Room, and at Good Morning Austin in FOX channel 7. Now, we are co-writing songs and making plans to go on tour soon.