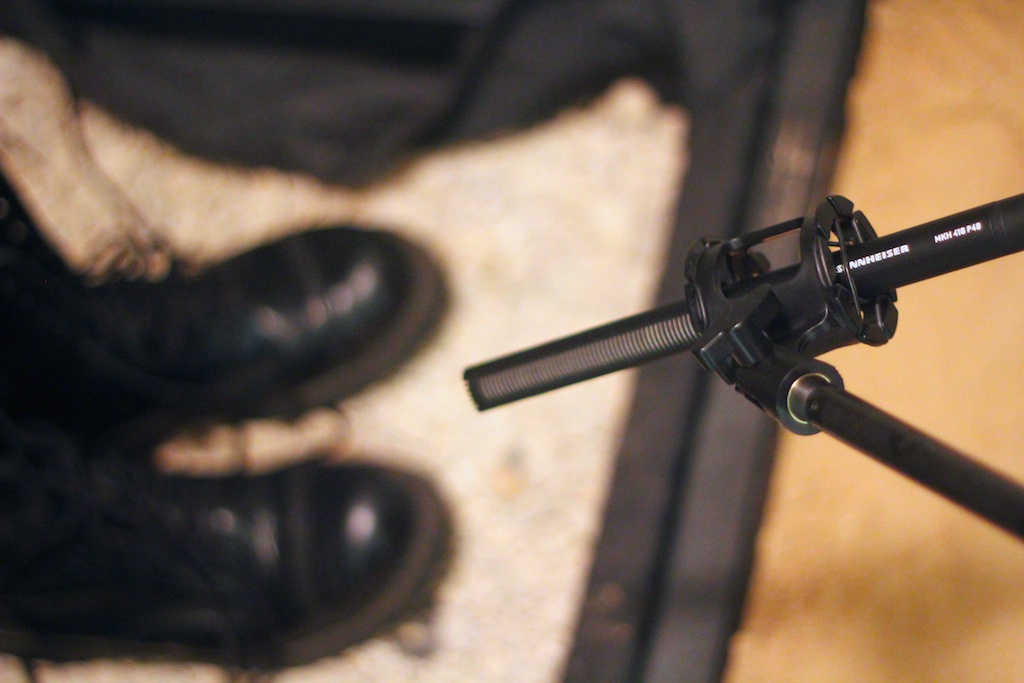 One of the things I love about Austin is the fact this city, besides of being the so called “Live Music Capital of the World” is also a gathering and creative place for artists of all kind, including film makers, and TV and motion pictures producers. That’s how I met Marc Stephens, vice-president of MPS studio, a company based in Dallas and Austin that provides post-production services and equipment rentals for motion pictures. I told Marc I’ve been involved in audio post for more than 18 years, so he set up an interview for me with Matt Wittmeyer, audio post supervisor at MPS studio. They were looking for someone to join a team for this upcoming project and guess what? now I’m working remotely for them in the audio post department as a foley artist in an action feature film directed by Mike Norris and starred by Dina Meyer. I’m in charge of replicate all footsteps, clothes, props, and hits in the fight scenes. I’m happy to be back in the saddle, or better said, back in the foley pit.